Every year over 585,000 people die of Leukemia.  Every year over 500,000 die of Alzheimer’s.  For years these diseases and those similar to them have gone unrestrained. In many cases doctors were able to slow down the disease but never stop it, making either diagnosis a death sentence. A new method of combating these diseases is running on the front line of research, through the use of stem cells.

We were given the opportunity to learn more about stem cells through Ms. Joan Yuan: a researcher at Lund universities BMC, who has finished both a postdoc and PhD, and has been the head of a team of researchers working with stem cells for the past two years. We met with Joan Yuan in her research lab in Lund, where we could see just how many different tools are needed to perform their research.

– Although embryonic stem cells sound like the obvious choice they do have their drawbacks, explained Joan Yuan. They need to be taken from five day old embryos after in vitro fertilization, this raises ethical questions.

Stem cell research is very expensive, not only are the stem cells very expensive to obtain, but other materials such as the lab rats and mice to test them on are also very costly. Joan Yuan believes that stem cells could be the answer to many of the medical problems in the future, but at this point we need to invest time and money into the research. 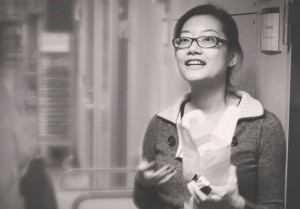